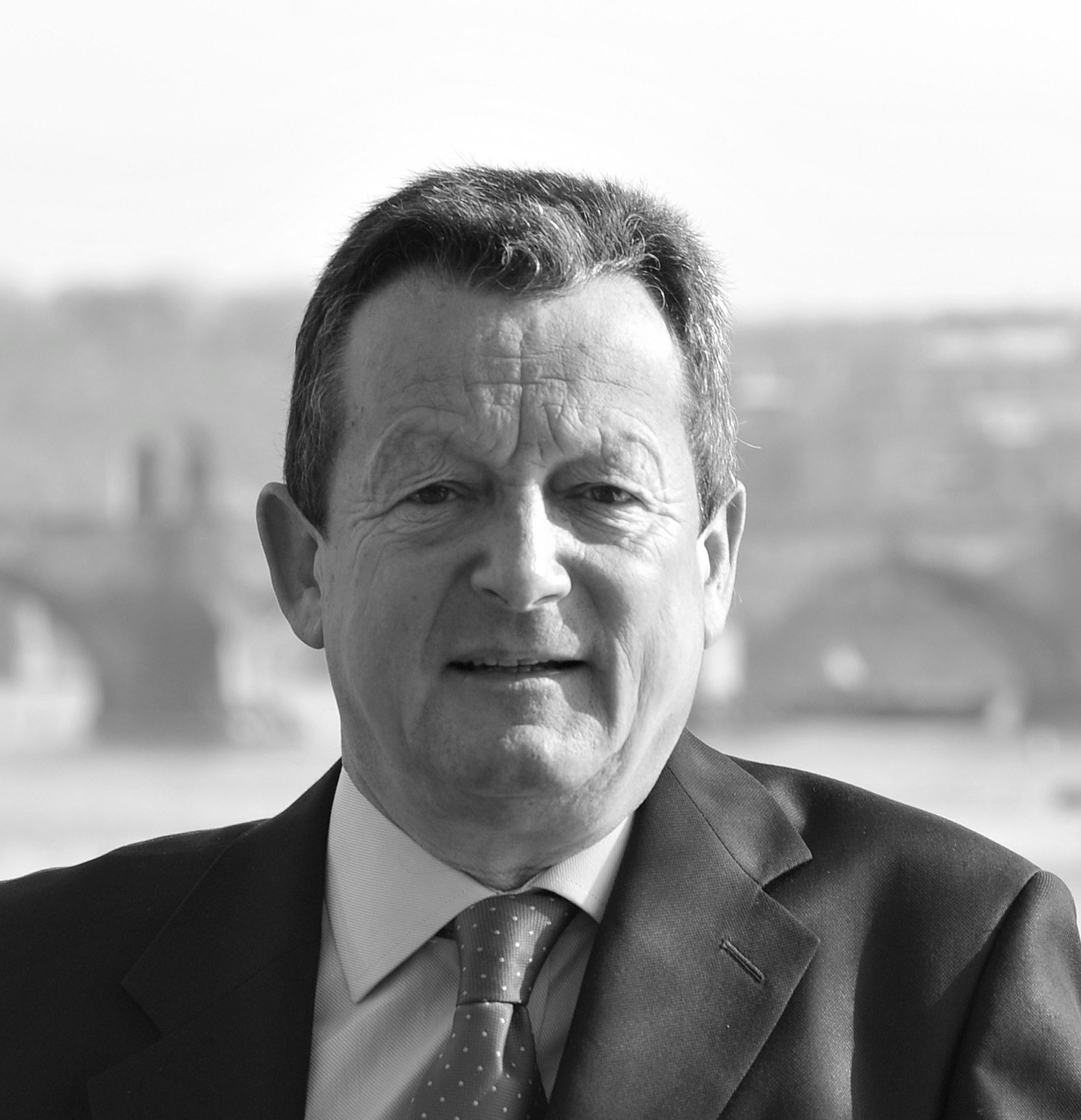 Ivan Hodač is a Founder and President of the Aspen Institute Prague. He was Secretary-General of the European Automobile Manufacturers’ Association (ACEA) from 2001 until October 2013. He is the Chairman of the Board at cabinet DN. The Financial Times listed him among the most influential personalities in Brussels politics. Before joining ACEA, he was Senior Vice-President and Head of the Time Warner Corporate office for Europe. Previously he was Secretary-General of the trade organization IFMA/IMACE, Senior Economist at Didier & Associates, and Assistant Professor at the College of Europe, Bruges. He was born in Prague, where he studied mechanical engineering. He completed his education in economics and political science at the University of Copenhagen and the College of Europe in Bruges (European studies). 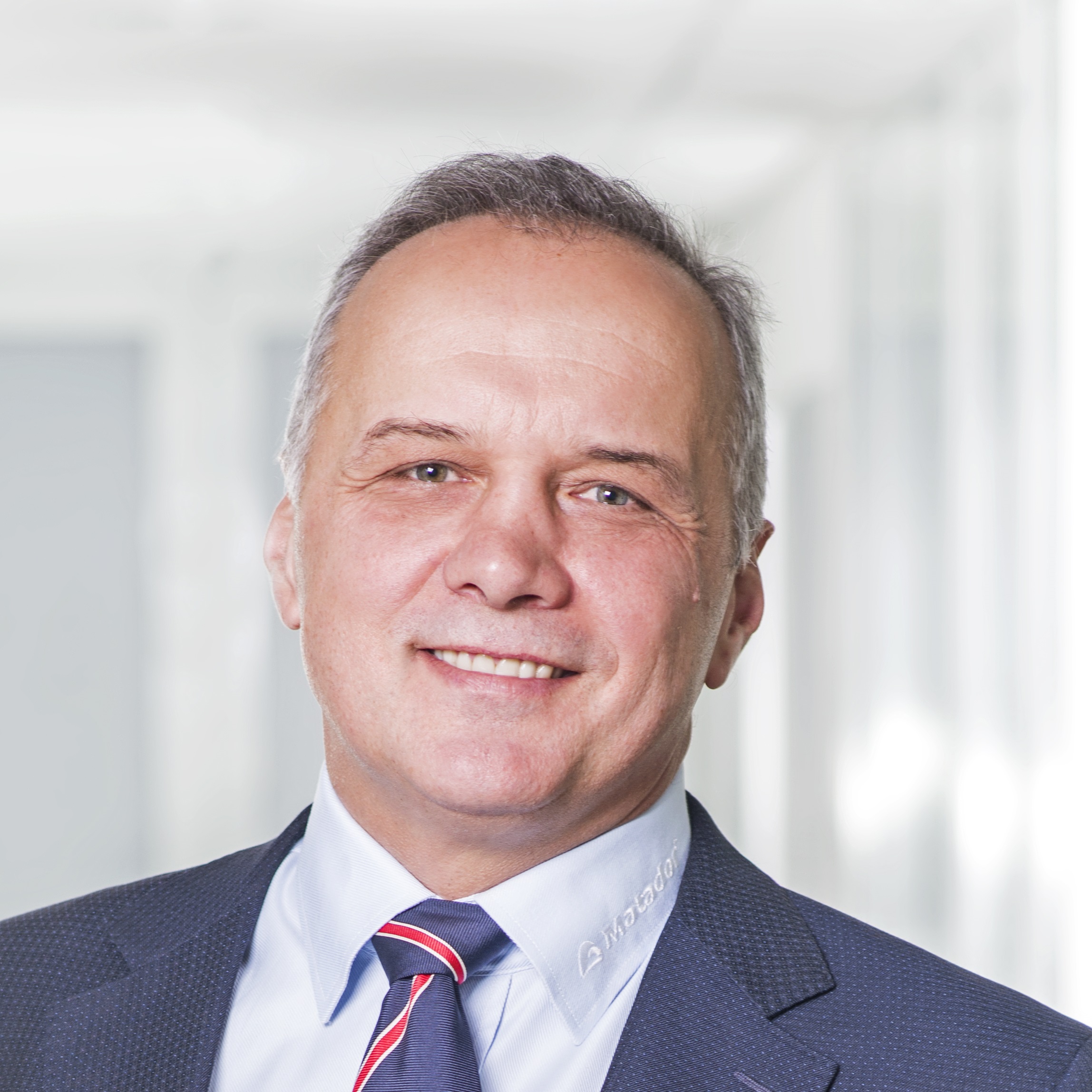 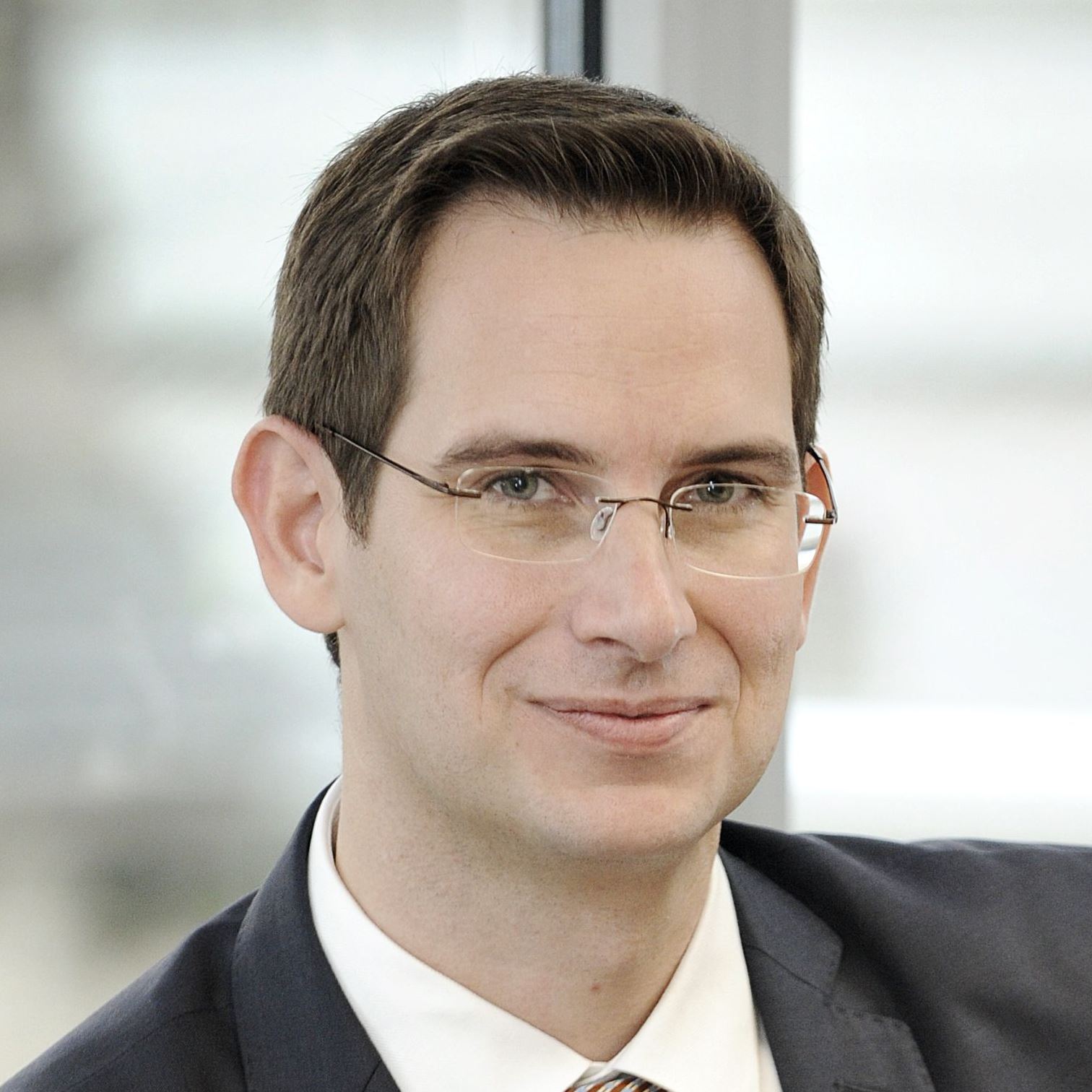 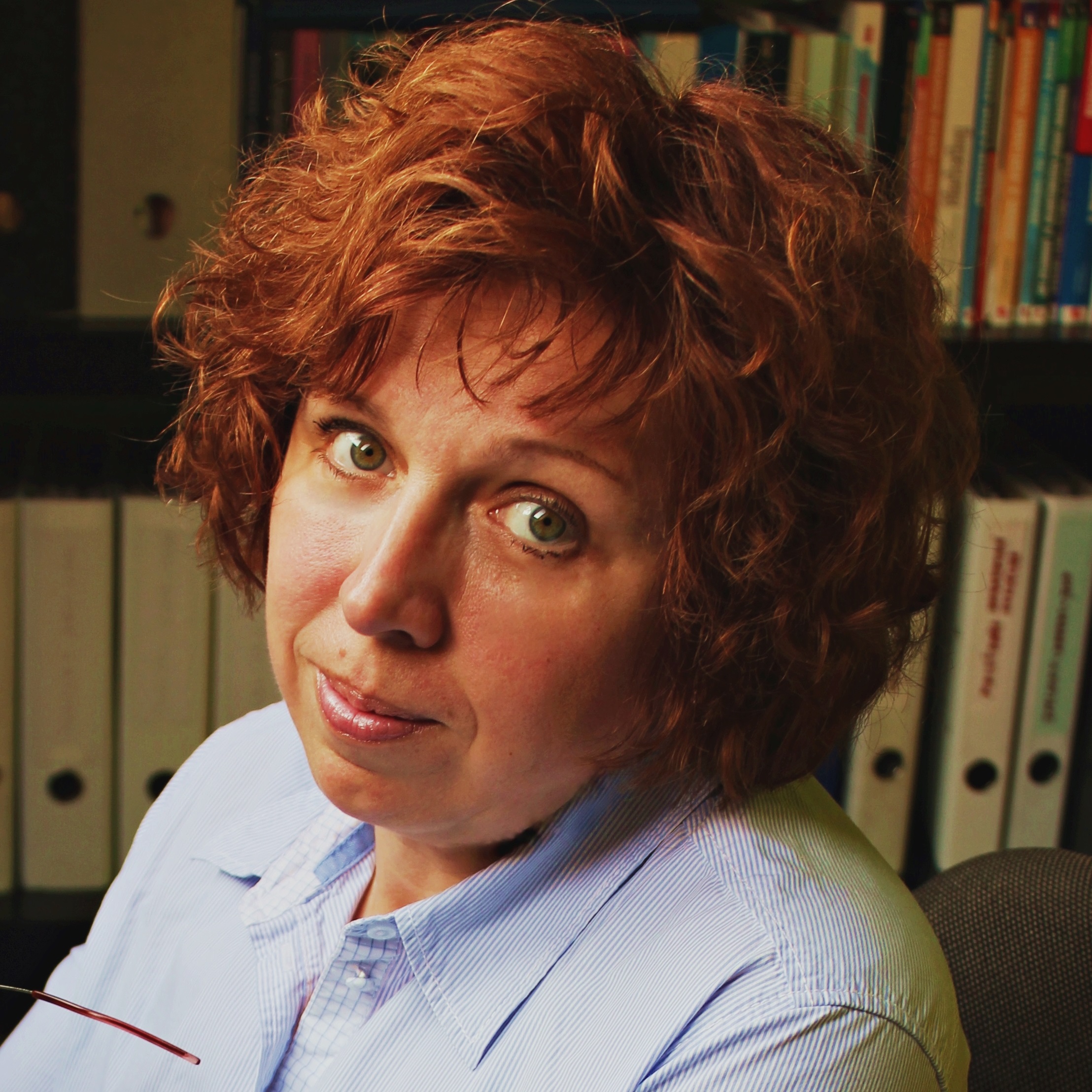 Milan Šlachta has been working for Bosch in various functions since 1994, mainly in the automotive field. For eight years he worked as Sales Director and Managing Director at the Bosch branch in České Budějovice, which deals with the production and development of automotive technology. Since 2017 he has become a Bosch Group Representative in the Czech Republic and Slovakia.

Bosch envisions an emission-free, accident-free and exciting mobility in order to combat the challenge of climate change, to reduce road casualties and to adapt to individual mobility needs resulting from urbanization. Following our pledge invented for life, Bosch develops innovative technologies, software and services in order to realize this vision. To foster the development and deployment of these solutions, we recommend the policy activities for the new term of the EU institutions (2019 – 2024) in the realm of de-fossilizing the mobility sector, promoting automated driving and enabling personalized connected mobility.

Thierry Willemarck joined the Royal Touring Club of Belgium (TCB) in 2001. He put a professional team in place which, under his leadership, turned around a situation that was close to collapse. Today the TCB enjoys consistent revenue growth thanks to innovation and diversification. The focus is no longer just on motorists, but on road users in general. Digitalisation is taken seriously as a means to serve members more effectively in their mobility needs. As such, ‘Mobility as a Service’ has become a reality, offering a combination of transportation means.

Lobbying for sustainable mobility in a safe environment is the leitmotiv of TCB. In a small country such as Belgium, the TCB realises the importance of sharing and working together with other organisations from around the world, particularly with Automobile Clubs. That is the reason the TCB is strongly committed to the FIA.

Thierry Willemarck was Vice President of the FIA’s Region I Mobility for eight years under the presidency of Werner Kraus, and succeeded him as Region I President in 2013. In late 2017, he was invited by Jean Todt to join his team as FIA Deputy President for Automobile Mobility and Tourism. He headed the Audit Committee of Region I and later the Audit Committee of the FIA, and as a member of the Statutes Review Commission, he has strived for more transparency and a better governance structure for the FIA.

Before joining TCB, Thierry Willemarck worked for the Continental Oil Company and held several positions in the USA and Sweden. As CEO of the Belgian subsidiary, he was involved in retail, and pushed the company into sponsoring car racing. The team sponsored won the Belgian Touring Car Championship Category 2 with a Honda CRX three times in a row. His first job was with Castrol, and as a young engineer he was involved in research to improve the Castrol RS lubricant used in racing cars.

According to him, the future is full of opportunities, but we must carefully choose the ones that make the most sense for our members and their economic and social environment.

New technologies will make leap-frog progress possible in lesser-developed areas of the world. As a Federation, we have to help this occur. A key focus alongside road safety is sustainable mobility, where car and ride sharing will increasingly occupy the Mobility space, next to public transportation.

Thierry Willemarck is an Industrial Engineer. He has a degree in Business and Administration, a PMD from Harvard Business School, and an MIT diploma in Strategy. He has been married for forty years, has three children, and five grandchildren. 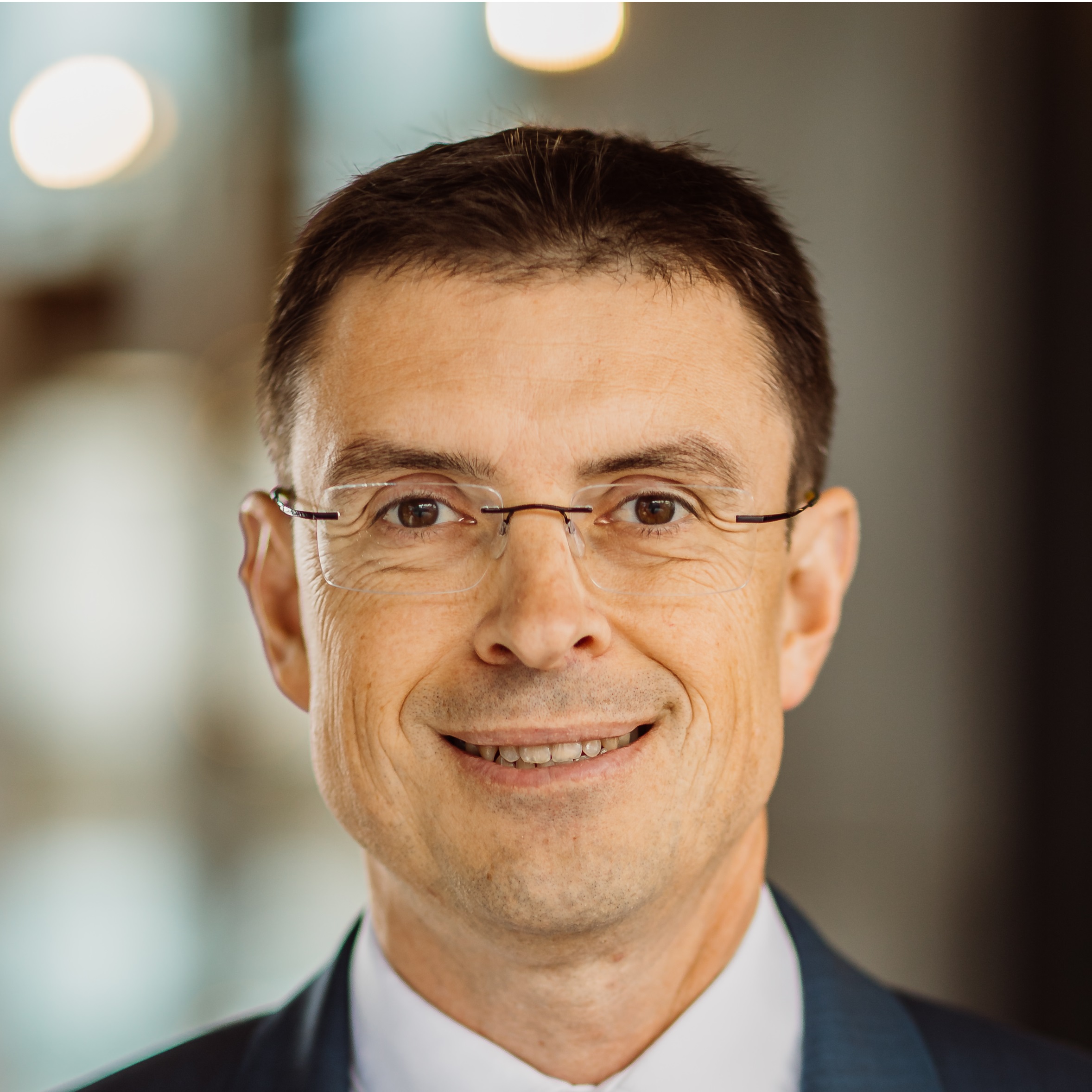 Petr Knap is the Head of the Consulting Division for the Czech Republic. After having worked at Procter & Gamble, he worked in consulting since 1996, and joined EY in 2002. His professional experience is based mainly on work in the automotive and manufacturing sectors, in the past he also worked for clients in the telecommunications and public sectors. Over the years, he has led management consulting projects focused on strategy development, organizational change, process improvement and cost optimization. Petr is actively involved in initiatives addressing innovative trends of the manufacturing future such as digitization, Industry 4.0, autonomous cars, e-mobility, etc. 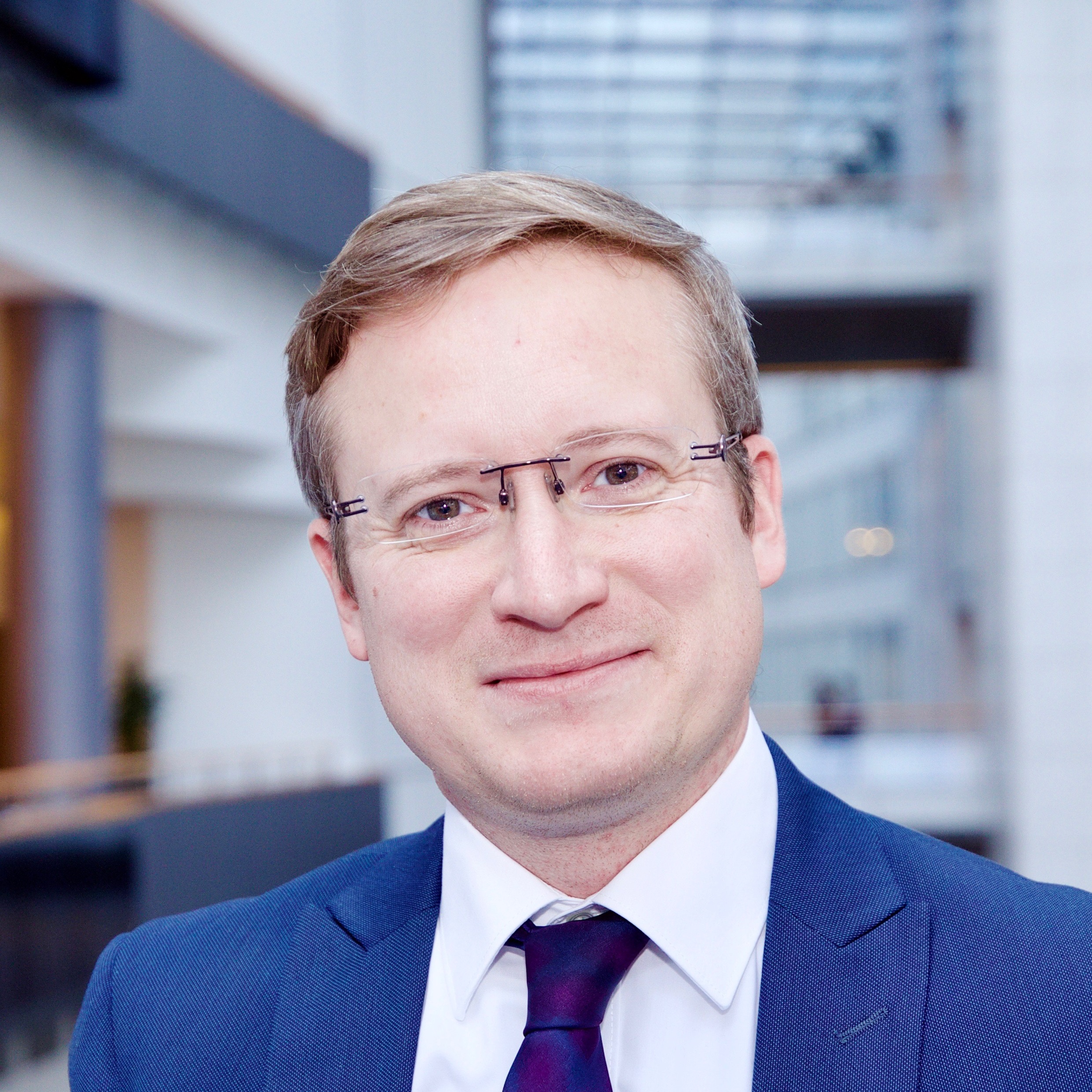 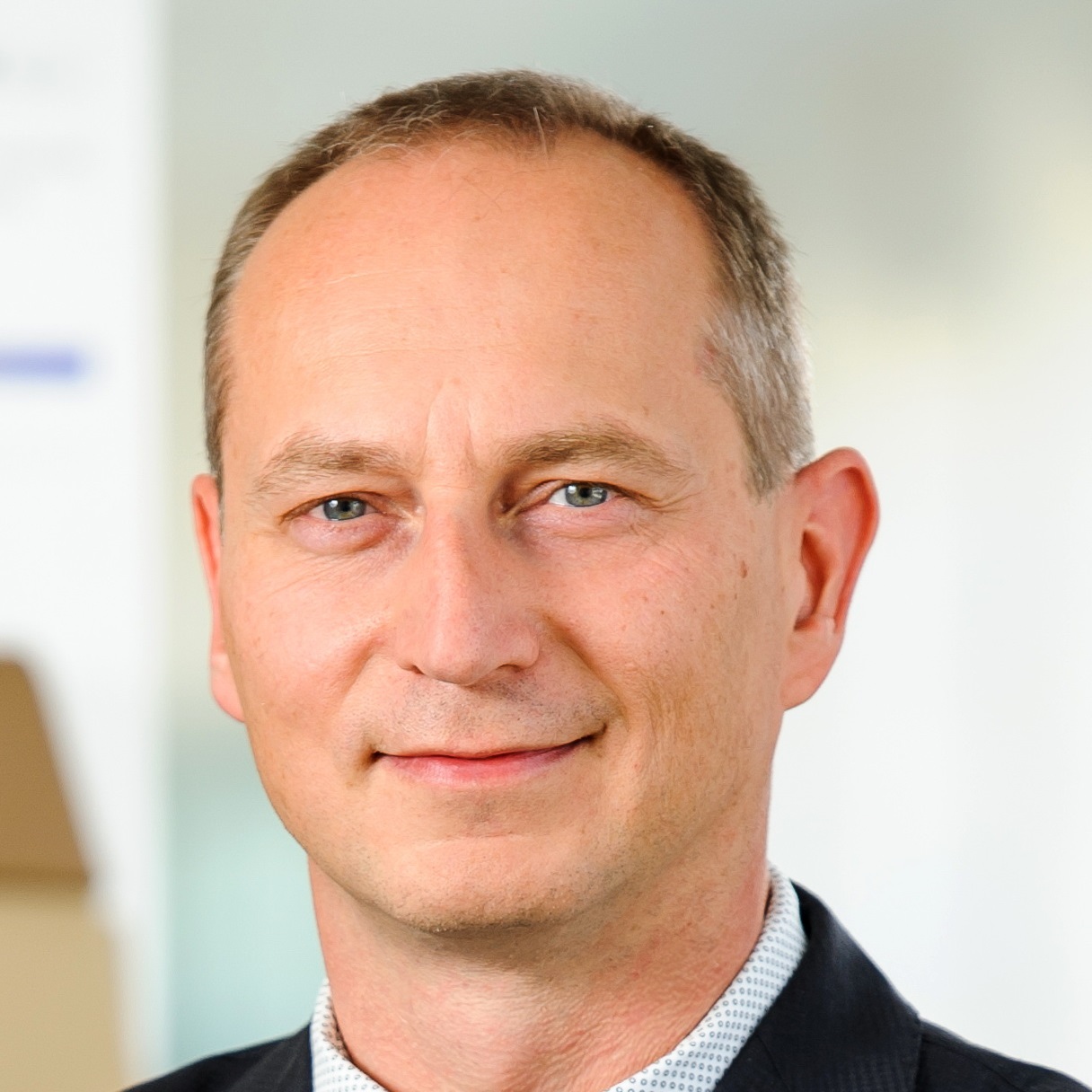 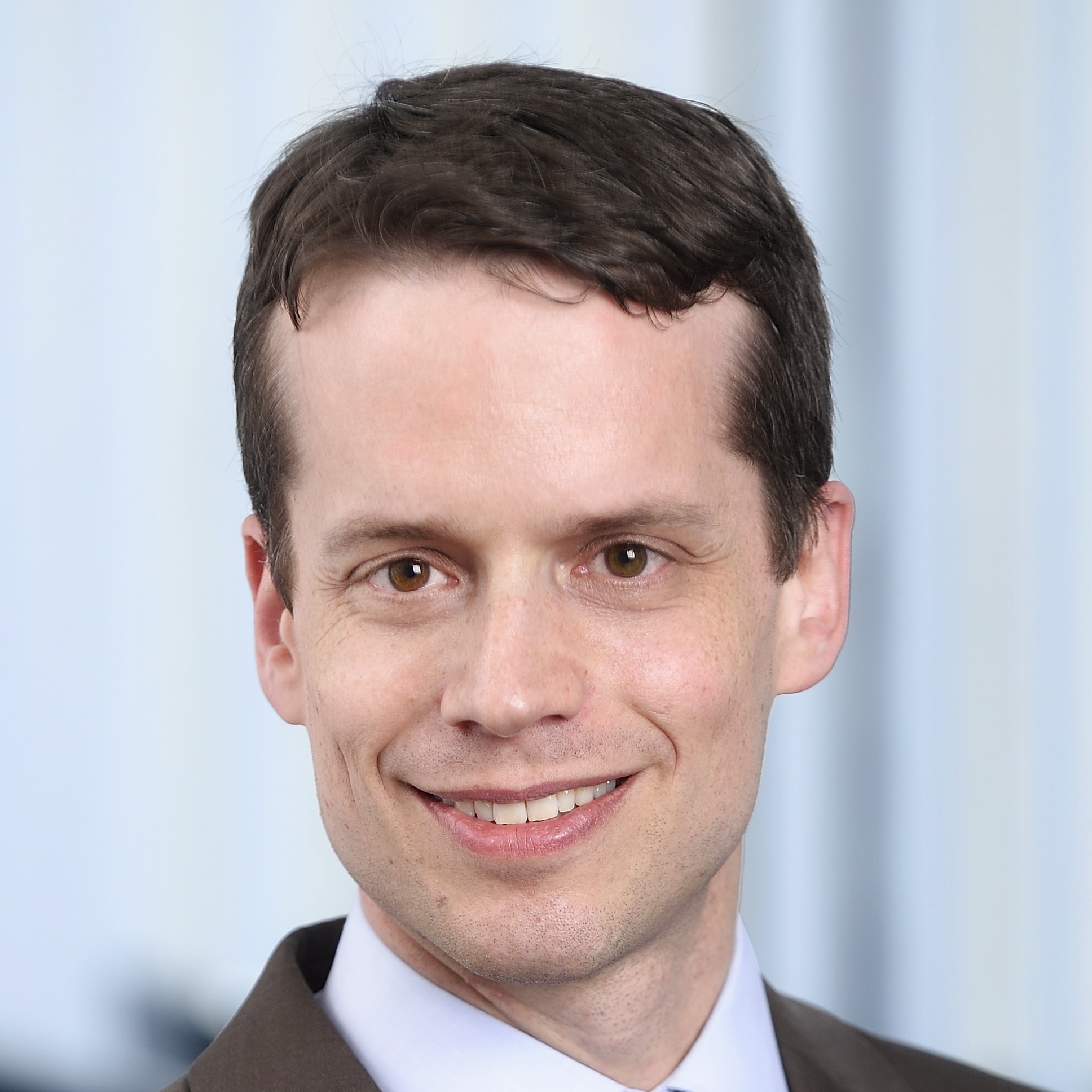 Roland Sommer serves as Managing Director of the Austrian Platform Industry 4.0 since October 2015. The platform is a public private partnership that aims at improving framework conditions for the introduction of digitalization (‘Industry 4.0’) bringing together relevant stakeholders in Austria. The focus of the work is based on innovation in production technologies and business models on the one hand and high-quality working conditions on the other hand. Moreover Mr. Sommer is lecturer at the University of Applied Sciences in Wieselburg. Prior to this function he worked as Director of Public-Private Affairs for AVL List GmbH. AVL List is the
world's largest independent company for the development of powertrain systems with internal combustion engines as well as instrumentation and test systems. 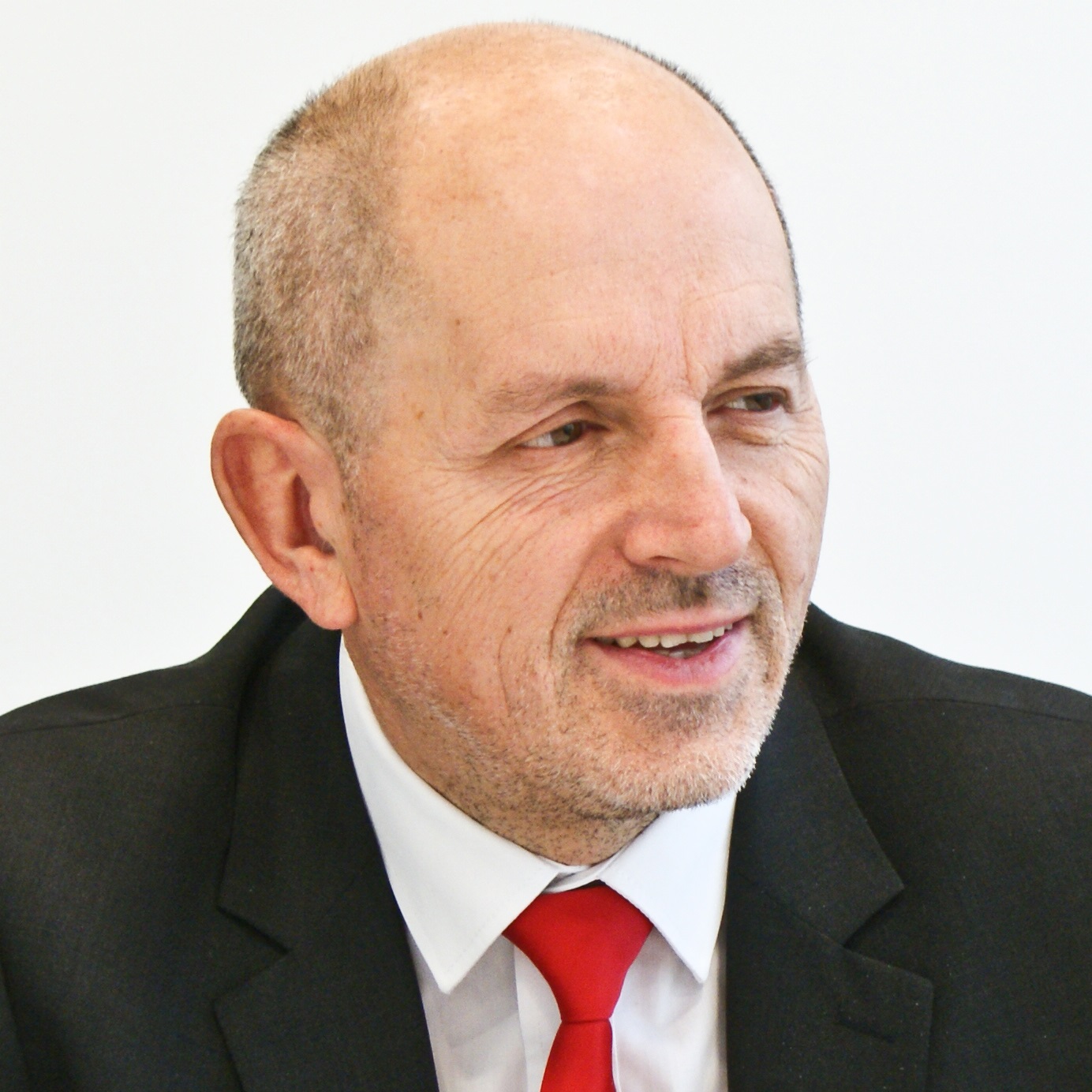 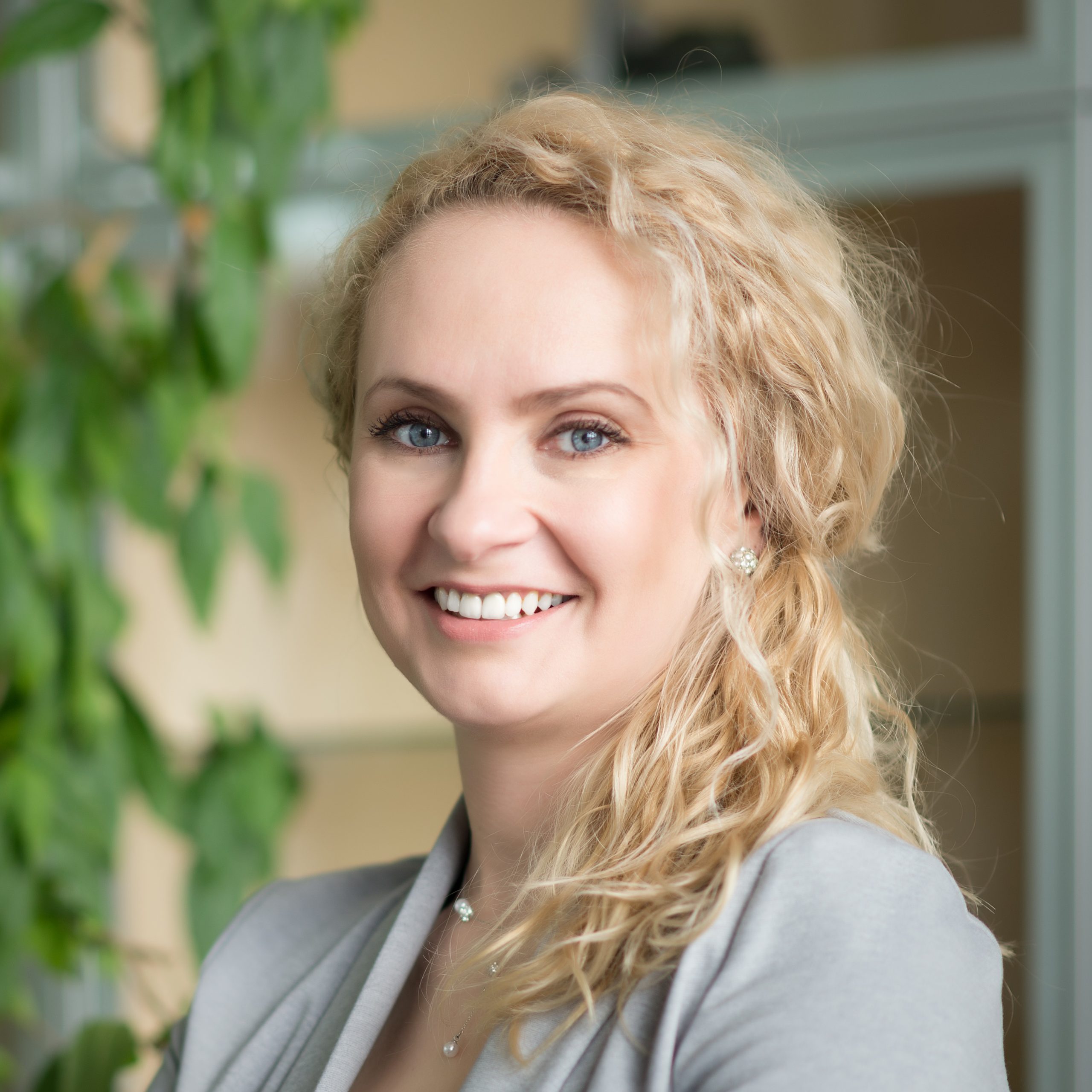